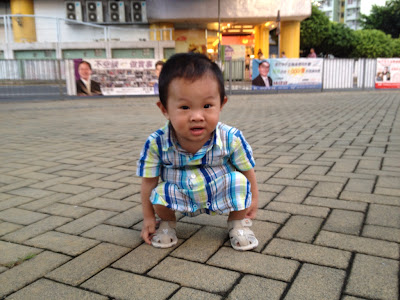 We had a very full day in Hong Kong. We left the hotel at 8:30 to have breakfast at McDonalds. The breakfast here at the hotel cost $30 a person so we opted for something a tad bit more reasonably priced. The breakfast sandwiches tasted just like home and Cooper liked everything. After, we decided to brave the subway and it actually ended up to be quite easy. We took it to a large bus station in HK then boarded a bus for Stanley Market. The ride on the double decker bus was on a very crazy road and it took us about 30 minutes to get there. HK is another very large city with 9 million people.

We walked around the market for a couple hours. It was enjoyable but kind of hard to maneuver with a stroller. We had lunch at an Italian restaurant along the oceanfront and it was delicious. When it was time to leave the market we decided to take a taxi to our next destination, Nan Lian Garden. It took about 45 minutes to get there and Cooper was a mess the entire ride. With that being said I was trying to hide my camera from him and I forgot it in the taxi. Once I realized what I had done I got so upset. The good news is that we have backed up all of our pictures every night and I only lost the pictures from today. The bad news is I'm out my brand new camera. At the garden we found a man who works there who spoke excellent english and told him what happened. We were hoping that we could somehow contact the taxi company and have the driver return. The man called the police and they came and we had to file a police report about our missing camera. Ryan remembered the drivers name but didn't remember his number. There are so many taxi drivers here that unless the driver turns the camera in to lost and found we are out our camera. I hate when I do things like this!

After the meeting with the police we visited the garden. It is a beautiful place and is attached to a nunnery. We toured the grounds and found our way to another subway station. To get back to our hotel we had to switch trains three times. Cooper did great. He loves to people watch and people love to stare at us wondering what we are doing with a Chinese baby. We get quite a few questions but mostly just odd looks. 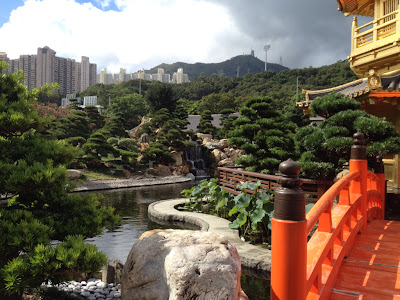 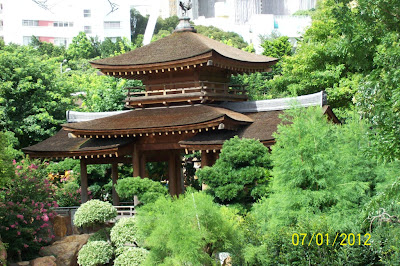 Back at the hotel we decided to use up some more of Cooper's endless energy at the pool. When he saw the water he got so excited! We are super thrilled that he likes the water. We stayed in the pool until he started to shiver. At that point we thought we should get him in a warm tub and ready for bed. We tried to keep him up as long as possible because it would be nice if he would sleep on the plane tomorrow. 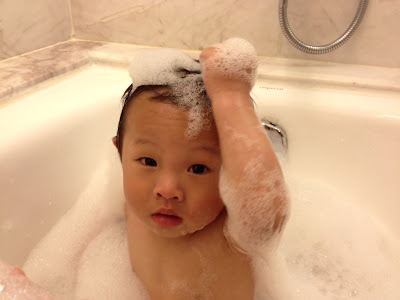 This is our last post from Asia. We fly from here to San Francisco tomorrow morning. It is a 12 hour flight. I have no idea what we are going to do with a squirmy little 17 month old boy on a plane for 12 hours. I feel sorry for the people around us! From San Francisco we fly to San Diego. We are staying there for a few days to visit my family. The adventure continues! 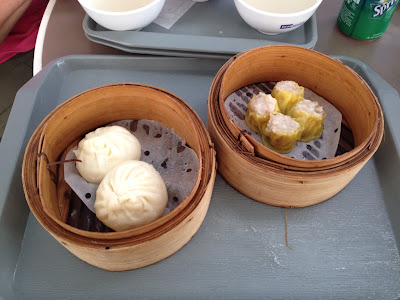