Today was the second full day of tours in Beijing. We had another excellent breakfast at our hotel and met our Agency representative, George, in the lobby at 8am sharp. We boarded the bus and headed to our first stop, the Jade factory store. After about an hour on the bus and several lessons in ancient Chinese history from George, we arrived at the government-authorized Jade Factory Outlet north of Beijing. We were greeted by a female employee who guided us through the factory and into the showroom, explaining the different types of Jade and how to spot a counterfeit Jade Bengal Bracelet. All of the families were then given about 30 minutes to browse the store and to make any purchases. Then we got back on the bus.
Our bus pulled into the Great Wall parking lot around 11:30. We quickly realized that, like any other tourist destination in the world, the Great Wall draws a crowd on a June Saturday morning! As we met the 90-degree heat, we also met tourists from around the world on similar tours with the same goal - to climb the wall. We took a group photo and then began our ascent. The section of wall that we visited was a lot narrower than I've seen in other photos, so the crowds made it difficult to keep a steady pace up the stairs. We made it a few hundred meters up the wall, took tons of photos and video, and then decided it best to return to the shade of the trees in the parking lot. There were several vendors that kept our attention as the rest of our group made their way back down the wall. It was hot, and there were lots of people, but the experience was amazing - we hiked up the Great Wall of China! (then we had some ice cream)
Our next stop was lunch. We drove about ten minutes to a tourist restaurant that also had a huge gift outlet store. The store had an attached factory where workers were making extremely detailed copper in-laid vases and ornaments. The showroom was spectacular. The food was bland. We still haven't had that "wow" meal yet. We ate lunch with the rest of our group and shopped for a little while and then re-boarded the bus. Next stop. Beijing's 2008 Olympic Village.
After about an hour-long bus ride back into the city, we arrived at the Olympic buildings. They are known as the "Bird's Nest" and the "Watercube". We got off the bus and took a quick walk to get some photos, but the 97-degree heat combined with the concrete made for an uncomfortable experience. We bought a few items from some street vendors and got back on the bus. Next stop. Acrobat Show.

Our bus dropped us off right in front of the Chanyoung Theater for Acrobatics. We got off the bus and George purchased tickets for our whole group. We went into the air conditioned theater and sat down and the show started a few minutes thereafter. The theater was packed, the show was awesome, and the air conditioning was much needed! The show lasted about an hour, and we got back on the bus for a short ride back to the hotel.

The day was packed with unforgettable experiences... but we have much more to go!! Tomorrow morning (Sunday) we fly to Zhengzhou where we will prepare to meet Cooper on Monday. Less than 36 hours left!~ Ryan 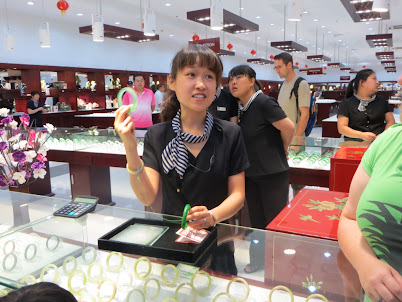 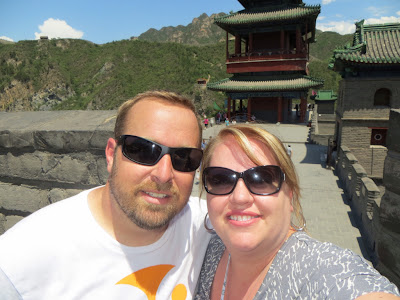 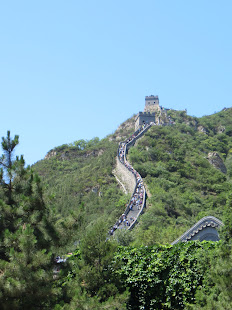 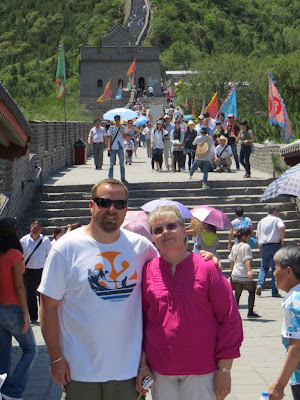 Grizzy and Ryan at the Great Wall 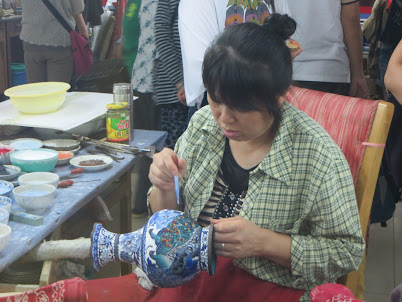 Making a vase at the factory. 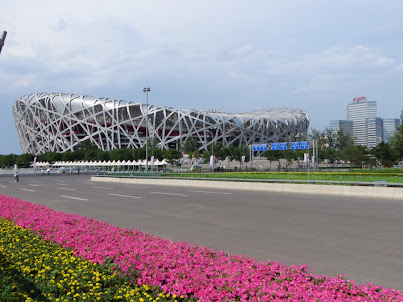 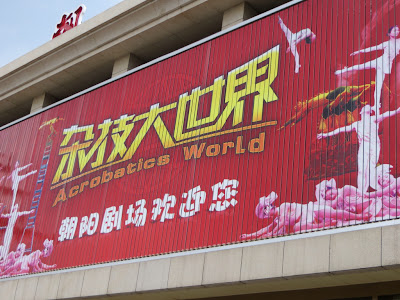 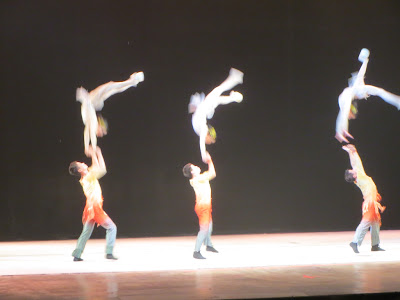