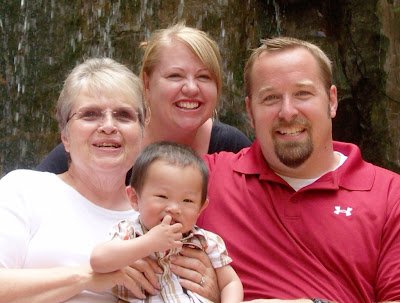 Today is our last night in mainland China. Tomorrow we take a three hour van ride to Hong Kong. That means we are almost home!

We had a very relaxed morning until 10:30am when we met in the garden for group pictures. We started by taking pictures of each individual family and then we did the whole group and then a picture of just the children. Everything was great until we put the babies together for their picture. Cooper has his first public meltdown! For some reason he was not happy and as you will see in the picture he is not a pretty crier! His entire face turns red. After the photo shoot I picked him up and he continued to sob so I took him to the room and gave him a bottle followed by a three hour nap. Our plan for the day was for the three of us to visit the fabric market. I volunteered to stay at the hotel with Cooper. Ryan was a good son and took his mom to buy some fabric. They came back and she had spent $4.00! Wow big spender! 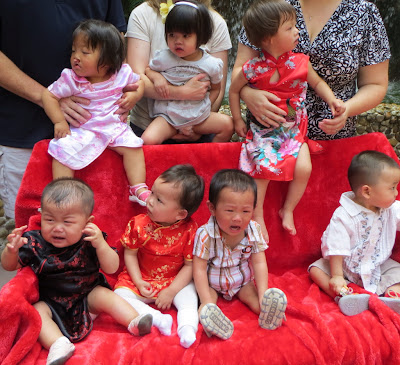 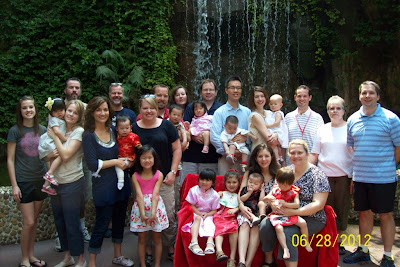 While Cooper was still sleeping Ryan and I decided to go to the Guangzhou Museum. It is located in the big park we visited a few days ago. We had to hike up a huge hill to get there. I cannot stress enough how hot it is here. I thought I was going to die. This park is amazing though and after the museum we walked back to the hotel through the park. I would really love to visit this city in either the spring or fall. 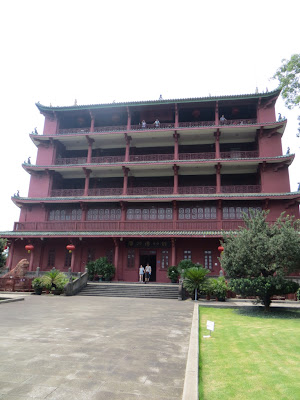 At 4:00pm we had a meeting to pick up our child's visas and to say goodbye to the first family who left. We got Cooper's passport back with his US Visa allowing him to enter the United States. We also got a large brown envelope that has three seals on it and is also sealed in a plastic bag to give to US Immigration. We were given strict rules to not open the brown envelope or we will ave to go through these past two weeks again! The Immigration officer in San Francisco will know what to do with it.

We had heard about a few Irish pubs in the area so we joined another family and caught a cab to check on of them out. It was delicious! I wish we would have found this place sooner because we probably would have eaten every meal there. 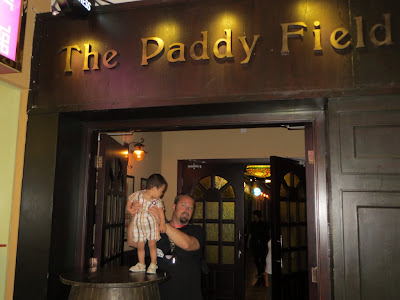 We have almost everything packed. Check out is at 10:00am tomorrow morning so this is our last post from China! ~Ronda