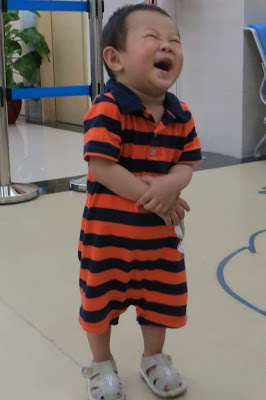 We had another crazy thunderstorm this afternoon. I was wishing I could send the rain to Colorado to drown out the terrible forest fires I have been reading about. My thoughts and prayers go out to everyone affected. I feel a million miles away from home right now and wish there was something I could do to help.

Wow. What a day. Have I mentioned that it is really hot and humid here? Ok just checking. Today started out with our medical appointment for the US Consulate appointment and Visa photo. All the families boarded the bus for a 20 minute trip to the medical office. Cooper got his picture taken for his Visa application and did great. We then had three stops at the medial appointment. First was weight and vitals. He weighs just about 19 pounds. I looked up a chart and he is less than 3 percentile for weight and height. He doesn't look that small in pictures but he is tiny. Next was E.N.T and he passed all the tests. Last we saw the doctor. He was finishing the paperwork from the previous child so we went in the room and took off Cooper's clothes to get ready for his exam. When the doctor came in he saw Cooper's tummy and did an involuntary "Oh!" he asked a lot of questions about Cooper's diet and his general health. The doctor prescribed a cough medicine because we can't seem to get rid of this stupid cough and runny nose. Cooper didn't care for the doctor too much. I think he felt a little violated! But everything went really well. 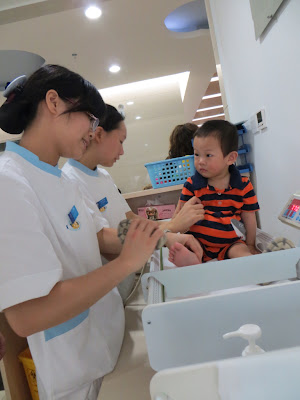 Cooper fell asleep on the bus ride back to the hotel so we put him in his crib and we ordered Papa Johns Pizza. It was pretty good and the best part was that they delivered! After nap time we walked to a huge park next to the hotel. It is very difficult to cross the streets here so we used the subway tunnels to get there. It worked out great! The park was beautiful but we only stayed about an hour because of the heat. It is very tropical here. On our walk we visited a shopping center that had 8-9 feet transformers in front of it. They were really cool. 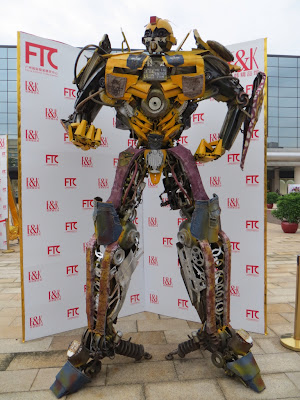 Tonight we went on a dinner cruise on the Pearl river. I really can't get over the size of this city. It is huge. There are 15 million people that live here. It is a very beautiful place and there are so many skyscrapers and so much to see. We saw a tower that we were told is the second tallest tower in the world. It changes color every few seconds. We really enjoyed the tour. 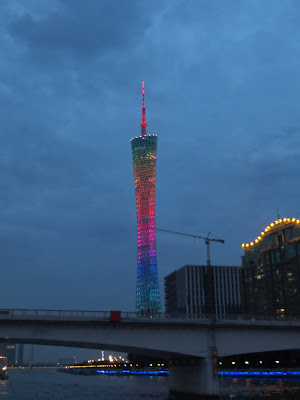 Today we have had Cooper for a week. He is such an amazing little boy and we already love him so much. Everyone told/warned us that our lives were going to change once we became parents. I knew it would change but I had no idea to what extent and how I would feel so differently. It is a wonderful feeling. I can't believe all that he has learned in just one short week. He already knows his name, he can wipe his own face, he can now walk with no help, he can give high fives, and so much more. He is so loving and he smiles all of the time! I am the luckiest mom ever! ~Ronda 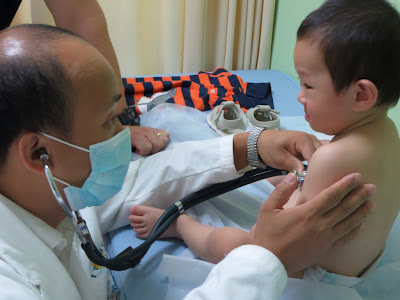 Scary Doctor at the Medical Appointment 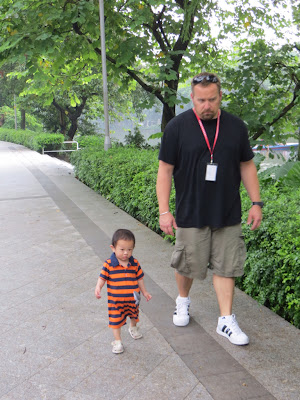 Walking with Daddy at the Park 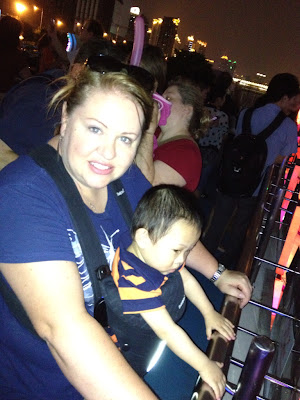 Hanging with Mommy on the Boat